Today has been a Finn-O-Rama! The whole day has centered around me and it's been awesome. 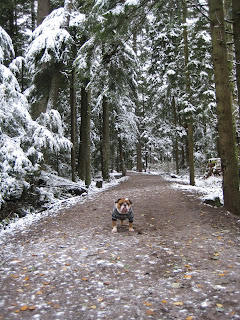 Mum made me some sweet potater snacks last night, and I got to try them this morning. They are crunchy and sweet  and yummy! 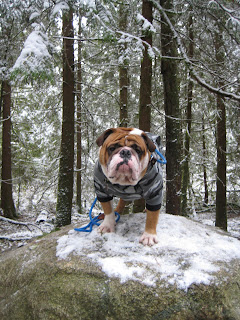 We went to Mundy Park this morning for a two hour walk! It was a bit of a photoshoot. Mum thought it would be the prefect day to get a photo for our Christmas card, and she was right! We got the shot.... but we are keeping it a secret for now!

I wore my new hoodie.... I looked awesome and everyone told me so! The snow was so fun to play in, and it makes everything taste different too. 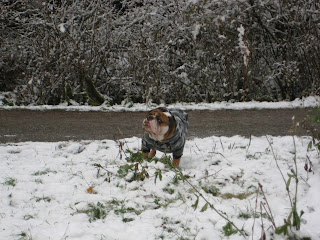 The park was so pretty, and it was extra exciting because it was my first time actually playing in the snow. 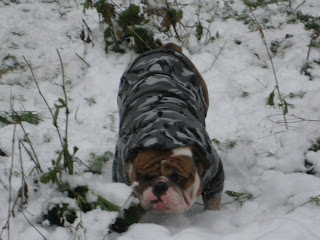 At the end of our walk, we stopped at the dog park so I could play with some other dogs. There were a couple of shit-zoooos who went nuts when they saw me, they barked there stupids heads off through the fence. Their Mom tried to stop them by patting them on the head and telling them it was ok...... she needs to watch Cesar ... no wonder her pups are wack-jobs ;) 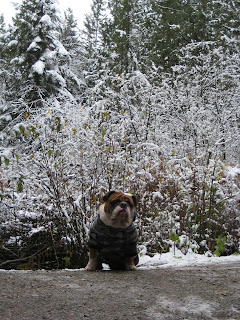 I had a nap when we got home, and I was set and ready when it was time to go again. First we went to Dog Town. I love that store, they have the coolest stuff and the yummiest snacks. They gave me some turkey jerky. I had to share it with Peanut Butter, the store dog. We bought a canister there to keep my kibble yummy and fresh. 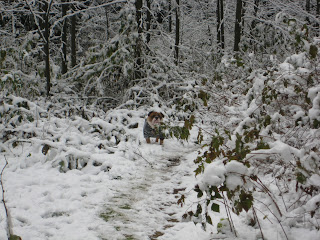 Then we went to Bosley's and bought my kibble! Mmmm Bison and Sweet Potatoes! They had Santa in the store today too! They were doing photo's with Santa, but we didn't get one.... that stuff is for Puppies. (Besides, I already sent him my Christmas wish list) 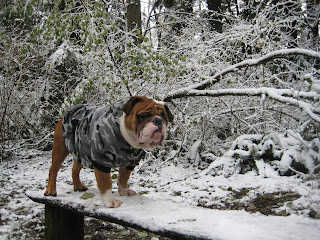 I think I will spend the rest of the evening snuggled up on my bed. I am gonna sleep like a puppy tonight! 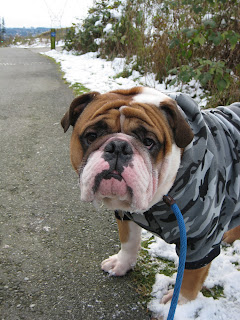