Remember when I won the caption contest over at Cooper and Lola's? Well my presents arrived today! It's the first time I've got a package addressed to me, I've gotten mail, but not a package. And there was a card... in a  hounds tooth pattern on the front.... so clever. BOL. 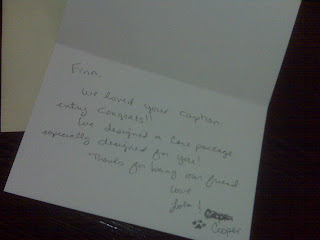 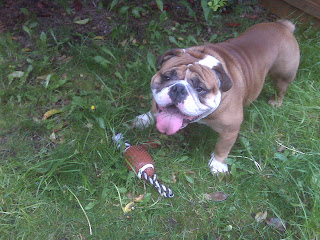 There were two bully springs chew treats, a red Martha Stewart crochet toy and a football tug rope.... oh yeah and a magazine for Mum. 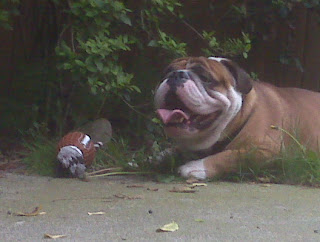 I loved the red crochet toy ... but Mum says I can't play with it again until I poop out the tail and the little arm. I got a little intense... oops! 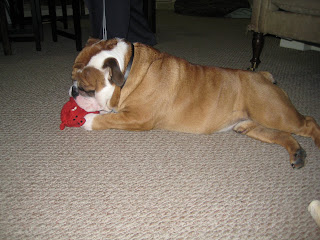 My favorite part though was the football tug. Mum took me outside to play with it and I played and played until I just couldn't play anymore! It was awesome! 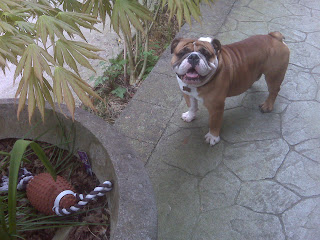 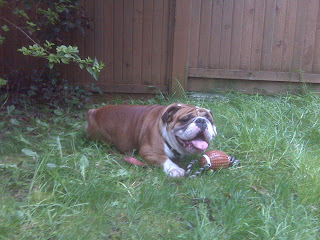 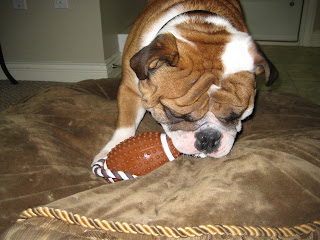 Thank you so much Cooper and Lola for such an pawesome package!!
Posted by Finn at 9:08 PM