Hey Everybody, guess what I had for dessert tonight..... Squirrel! I started with his tail and moved on to his head. He was delicious!

Now I should probably tell you, that I'm not talking about those disgusting little critters in the back yard. Gross! Those things have diseases you know! No, my mum  made me some peanut butter treats and shaped them like squirrel! She said it was poetic justice, finally one dog would catch the elusive squirrel. She got the recipe from my new blog friends Cooper and Lola. 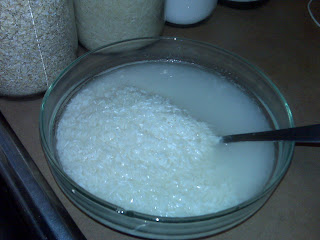 The recipe called for rice flour, so Mum sent Papa on a mission to the grocery store this afternoon, but he couldn't find any. She had to make some from scratch. 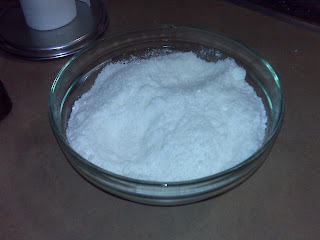 It turned out pretty good, but Papa and I retreated to the living room when she started pulling out the power tools!

When they were finished baking Mum and I went for a walk. We left the treats to cool while we were gone. They were all I could think about while we were out! 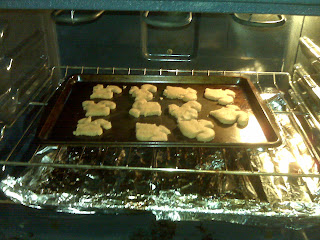 She put the second tray in the oven when we got home. She cut those ones in circle and then scored them with an X. She said that way she could make them smaller, I told her that wasn't necessary.. I'd make due with the giant size treats. But she said no, the small treats were enough, and to top it off I have to share with Lucy the Chihuahua. Lucy's Mom works with my Dad, and she sent some home made treats at Christmas, so Mum says it's only fair if I share too .... Mothers! 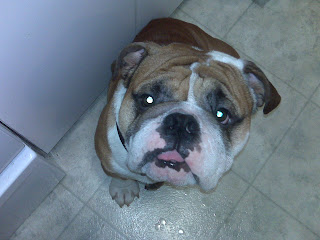 The treats were super yummy and I couldn't get enough! Notice the puddle forming on the floor!

Well thats all for tonight. I have to go give Mum the sad eyes, maybe she'll feel bad and give me some more treats!